Coppa's Mary Edes on 'Putting Awesome in a Headlock'

Share All sharing options for: Coppa's Mary Edes on 'Putting Awesome in a Headlock' 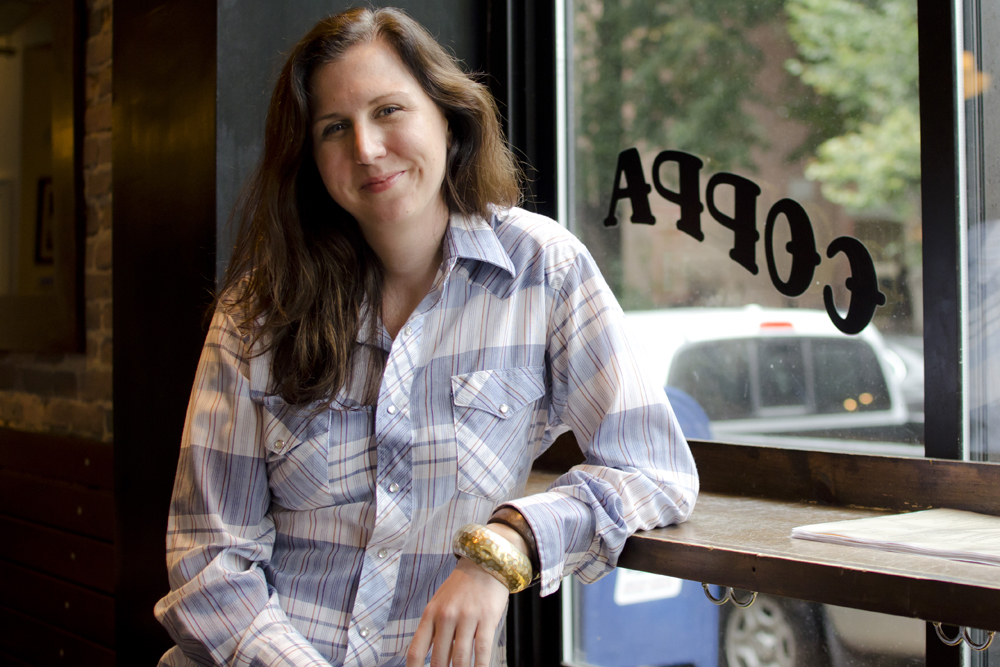 Mary Edes has been at South End hotspot Coppa for about two-and-a-half years, first as Beverage Director and now as General Manager. Under the ownership of Ken Oringer and Jamie Bissonnette, the cozy spot attracts large crowds, and Edes works hard to keep guests happy and full of offal. In this installment of The Gatekeepers, Edes speaks with Eater about how meat-heavy Coppa can actually cook up quite a vegan feast, when impatient diners should go to avoid the lines, which celebrities have been spotted recently, and more.

When is Coppa the busiest? The busiest time is between 7PM and 8PM pretty much every single day; the restaurant's full. We only have so many seats, and those are kind of the prime dining hours.

How far in advance do people make reservations? I had one guy that made a reservation four months in advance. It was kind of crazy. He actually had a concierge make it for him. That's so funny to me because I don't even know what I'm doing tomorrow, let alone four months from now.

Have you ever been offered bribes to get seated faster? Occasionally.

Always monetary, or what have you been offered? I've been offered alcohol before as a bribe. That's probably the weirdest thing. It doesn't happen that much.

When should someone come in who absolutely does not want to wait? Early in the week - Sunday, Monday, Tuesday. And early in the evening. We don't get on a crazy wait until around 6:30PM, 7PM. We also serve the full menu all day, so if you don't want to wait at all, come for lunch or come around 3PM. We don't close between lunch and dinner; it's a good time for a little mid-day snack!

How would you describe your clientele? It varies. We have a lot of neighborhood people that come in here. We also have a lot of people that work in the restaurant industry come in, as well as the foodie crowd. On the weekends, it's a little bit more of a destination spot; we get people that drive in from the suburbs or other parts of the city. During the week, it's really the people that live in the neighborhood, a lot of regulars. I'll look up on a random Wednesday night and know 60% of the dining room.

What's the weirdest request that you've ever received? People ask for a corner table a lot, which is funny because we don't have any corners. And we actually did a vegan wedding. Because we're so known for our meats and charcuterie, offal, that sort of stuff, people don't realize that we do awesome vegetable stuff. A couple of our great regulars are vegans, and they had their wedding reception here; they rented out the whole restaurant. They wanted us to do all vegan and vegetarian food, and we did. It was so cool, so different from what we usually do. It was awesome. That was probably the strangest request.

What's the single must-order dish? Definitely our meatballs. Our meatballs are amazing. We top them with a little bit of lardo and parmesan, and the lardo kind of melts into the sauce. So delicious.

Any celebrity sightings lately? Emma Watson was in not too long ago, and so was Larry David [who has also been spotted by a previous Eater Gatekeeper, Tom Schlesinger-Guidelli at Island Creek Oyster Bar]. And Tony Kornheiser from Pardon the Interruption. That's just recently. We get a decent amount.

Where do you like to go out to eat when you're not here? I actually like to go to [Coppa's sister restaurant] Toro. I haven't been there in awhile, and I've been craving their food. I live in Cambridge, so I like to go to Highland Kitchen in Somerville; it's so great. Or West Bridge. I really like West Bridge right now. Tasty. And I love to go to jm Curley. I wish that that bar was closer to my house.

What's your favorite story from your time at Coppa so far? In general, I love when people come in and allow us to order for them, and when they leave they're completely blown away. I love watching that happen. More specifically, a recent guest said that the pizza was so good, "it was like putting awesome in a headlock and punching the lights out of it," and I thought that that was the best compliment we've ever received.