THEATER DISTRICT - Pigalle will be providing a sneak peek of its new bar menu tomorrow night with the full menu going into effect this Saturday. On the menu: fried artichoke hearts and the Tangerine Tango, with tangerine-infused vodka, gin, Aperol, Dolin Blanc and orange juice. See below for the full menu. [Official Site]

BEACON HILL/CAMBRIDGE - Forbes magazine singles out the soon-to-expand Toscano and Oleana in a feature somewhat confusingly called "Picking Healthy Choices At The Best Restaurants In New York, L.A. And Chicago" and, apparently, Boston. Among the choices from Oleana: spinach falafel with tahini; spiced carrot purée and dukkah; whipped feta with sweet and hot peppers. [Forbes]

ROXBURY - New restaurants continue to be a focus of development plans for Dudley Square. A proposal from the developers (PDF) says "Restaurants, ice cream stores.. are among the business types being recruited" and adds that "conversations with restaurants... about occupying this space all have been very supportive and optimistic." [EBOS, Official Site] 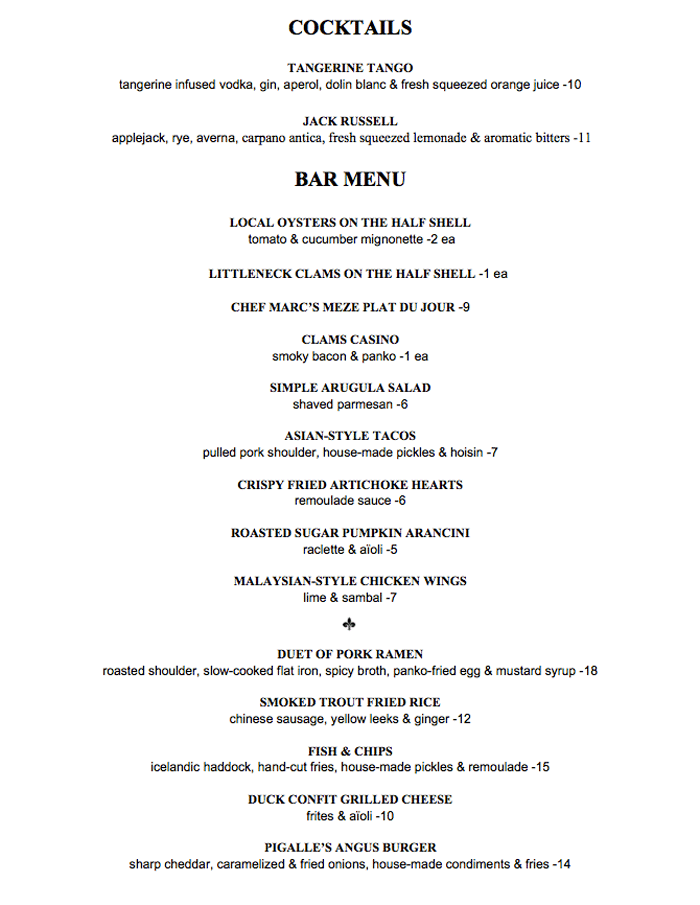