It's time for the weekly contribution from Curbed Boston: Curbed Cuts, all the latest neighborhood news... 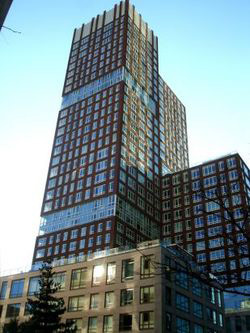 BACK BAY - There is a reason why a 1-BR, 1.5-BA spread at the W Boston upped its price by $100,000 this month: parking. Basically, the developer, SW Boston, added a parking space. A would-be buyer had reserved the unit, sans parking, at a price of $875,000. That buyer backed out of the deal, and the developer re-listed the 1,040-square-foot unit with a parking space. Voila the $975K tag! 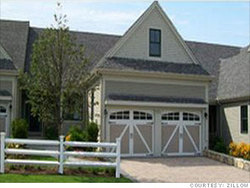 BELMONT - In April 2009, Mitt Romney sold the 6,434-square-foot, 6-BR, 6.5-BA Belmont estate that he lived in as Massachusetts governor. He and wife Ann, by then empty-nesters, downsized a little more than a year later to this 2-BR, 3.5-BA townhouse, also in Belmont (or, in an alternate history, northwest Boston), that runs to no more than 3,000 square feet, plus private courtyard.

HUB-WIDE - The Hub's apartment vacancy rate hit a nine-year low of 4 percent in the fourth quarter of 2011, according to new numbers from research firm Reis Inc. And, yes, average rents were up, with the average for Greater Boston now more than $1,690.