Friends of Eater on Their 2011 Restaurant Breakups

Share All sharing options for: Friends of Eater on Their 2011 Restaurant Breakups

As is the tradition at Eater, our closeout of the year is a survey of friends, industry types, bloggers, and readers. We've already covered Best Standbys, Top Newcomers, Best Neighborhood, 2011 in One Word, Biggest Dining Surprises of the year and Best Meals. And now our penultimate, Restaurant Breakups: 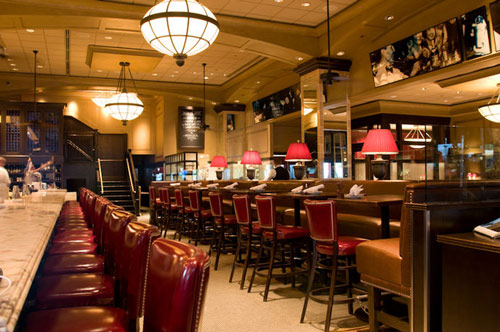 Were there any restaurants that you broke up with in 2011?

Devra First, restaurant critic, food reporter, The Boston Globe: It’s not a restaurant, per se, but I will not attempt to procure a sandwich from City Feed any time soon. I want to support the local guy, but here I just give up. The wait is inexplicably long, the sandwiches are expensive, and I’ve yet to try one that seems worth the price. I acknowledge that I am particular about sandwiches. Bad sandwiches make me angry.

MC Slim JB, restaurant reviewer, Stuff Magazine, Boston Phoenix: Maybe I’m getting more forgiving, but I felt like I had fewer truly awful meals this year compared to last. No place I like went downhill enough for me to throw it over. I was disappointed with most of the new upscale Mexican places: they are more gringo-ish than I prefer. Give me cheap, traditional Angela’s Café, Taqueria El Amigo, or Taqeuria Jalisco over those shinier places any day. But I get why they’re popular.

Tom O'Keefe, BostonTweet: There are definitely restaurants that I frequent more than others, but none that I flat out stopped going to.

Rachel Leah Blumenthal, Fork it Over, Boston!, restaurant reviewer, CBS Boston: I lived in Cleveland Circle from 2008-2010 and obsessed over The Publick House. Some of my best memories from those years involve moules frites and ultra-strong Belgian beer. Since moving to Somerville, I've only returned once, and the quality seemed to have gone down, and they removed some of the more interesting dishes from the menu. I might give it another try, but the love affair is over.

Penny and Ed Cherubino, BostonZest: We didn’t have a break up, but did have a “make up” with Eastern Standard. It had slipped off our list, but we returned recently and had a couple of great meals there.

Damien S., community manager, Yelp Boston: Restaurants and I have an open relationship. We recognize the value of variety, and welcome the opportunity to see other menus.