Friends of Eater Recall Their Single Best Meals of 2011

Share All sharing options for: Friends of Eater Recall Their Single Best Meals of 2011

As is the tradition at Eater, our closeout of the year is a survey of friends, industry types, bloggers, and readers. We've already covered Best Standbys, Top Newcomers, Best Neighborhood, 2011 in One Word and Biggest Dining Surprises of the year. Now it's time for Best Meals. 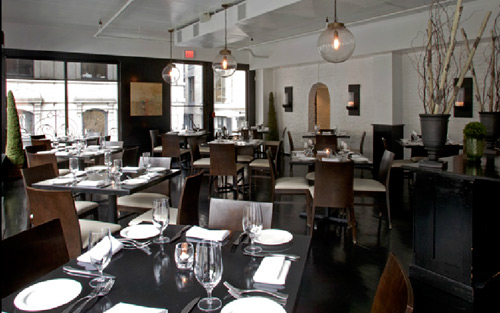 What and where was your single best meal in 2011?

MC Slim JB, restaurant reviewer, Stuff Magazine, Boston Phoenix: It’s hard to choose one, but I’ll cite a multi-course autumn meal I had at Erbaluce. The first-course soup was among my standout dishes of 2011. It was very simple – Chef Draghi described it as “the starving Italian student special”, basically a simple broth with a big crouton, poached egg, and some grated cheese -- but he topped it with white Alba truffles, which were very intense this fall, dizzying.

Devra First, restaurant critic, food reporter, The Boston Globe: In the Boston area, I’d have to say it was at Hungry Mother. The kitchen was just on that night. The shrimp and grits were so perfect and delicious, they could have made you cry. In general, it was a lunch in Sefrou, Morocco, cooked for us by friends of my brother-in-law, who was there as a Peace Corps volunteer. Around their table, we shared a chicken tagine, eaten with bread and fingers, and a variety of salads. The lentil and beet versions were particularly good. They treated us like family, and the food was tremendous.

Damien S., community manager, Yelp Boston: The best at the time: Sunday gravy and a Guinness at Marliave, prefaced by a Three Monks cocktail. Best of 2011 and prior: A bowl of chowder, the vitello tonnato sandwich and a dozen kumamotos from Neptune Oyster.

Tom O'Keefe, BostonTweet: The flounder at The Abbey in Washington Square. It's amazing.

Rachel Leah Blumenthal, Fork it Over, Boston!, restaurant reviewer, CBS Boston: This might be somewhat cliche, but the Grand Omakase at O Ya was extremely memorable: five hours and twenty-two courses of heaven. While the seafood was outstanding, the petit wagyu strip loin almost brought tears to me eyes. An honorable mention goes to the Ultimate Craigie Experience at Craigie on Main. I can't believe I got to cross both of these off my Boston dining bucket list this year.

Penny and Ed Cherubino, BostonZest: We’d have to call a tie between a couple of memorable evenings at two bars– Hamersley’s and Rendezvous. Both offer a warmth and je ne sais quoi that adds to outstanding food and service.

In both cases, we walked home talking about how wonderful the salad was (Rendezvous), how the chicken was better than ever (Hamersley’s), the great conversation with bartender Tim and the regulars at Hamersley’s, and how we always learn something interesting chatting with Steve Johnson at Rendezvous.

Seared scallops, gnocchi in a mushroom ragu, a halibut and clam roast, crispy flatbread, and duck meatballs all entered into those conversations. Nothing can surpass the value of the intense focus these chef/owners give to their places.