As is the tradition at Eater, our closeout of the year is a survey of friends, industry types, bloggers, and readers. We've already covered Best Standbys and Top Newcomers. Now it's time for Best Dining Neighborhood. Readers, please add your thoughts to the comments. 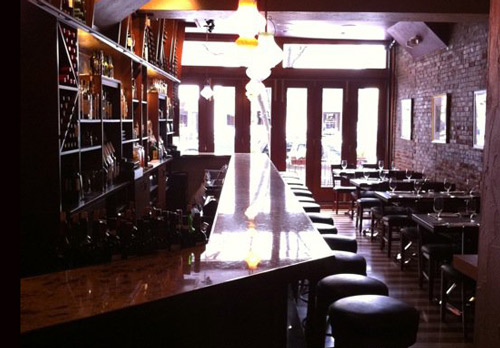 Q: What was the best dining neighborhood in 2011?

Devra First, restaurant critic, food reporter, The Boston Globe: It really depends what you're looking for. Each neighborhood has its own strengths. In terms of cities, I think Cambridge had a more interesting year than Boston overall.

Tom O'Keefe, BostonTweet: I still think it's the North End. Before you even set foot into a restaurant you can feel the energy on the streets, hear the old world charm, and smell the aroma from restaurants like Bricco, Giacomo's and Neptune Oyster. There's no place like the North End.

MC Slim JB, restaurant reviewer, Stuff Magazine, Boston Phoenix: For budget dining, Allston kept its perch atop the heap, with its fantastic density of excellent, cheap cuisines from around the world. In the mid- to high-end segment, Area IV came out of nowhere to sprout a bunch of great new spots.

Penny and Ed Cherubino, BostonZest: For us, Central Square, Cambridge. With Craigie on Main, Salts, Rendezvous Central Square, Central Kitchen, Central Bottle + Provisions, Flour Bakery, Floating Rock... It's within walking distance of our Back Bay home, has both bus and subway connections, and is a great destination for food lovers.

Rachel Leah Blumenthal, Boston Food Bloggers, restaurant reviewer, CBS Boston: I'd have to call a tie between Inman Square and Union Square (Somerville). All my favorites tend to be in those areas. Ronnarong, Muqueca, East Coast Grill...the list goes on.

Damien S., community manager, Yelp Boston: Area Four/Kendall Square immediately jumps to mind, just because of all the promise that's popped up in a short year. Of course, any proximal blocks to Central, Harvard and Inman Squares will be great by osmosis.