Friends of Eater Name the Top Newcomers of 2011

Share All sharing options for: Friends of Eater Name the Top Newcomers of 2011

As is the tradition at Eater, our closeout of the year is a survey of friends, industry types, bloggers, and readers. We've already covered Best Standbys. Now it's time for best newcomers. 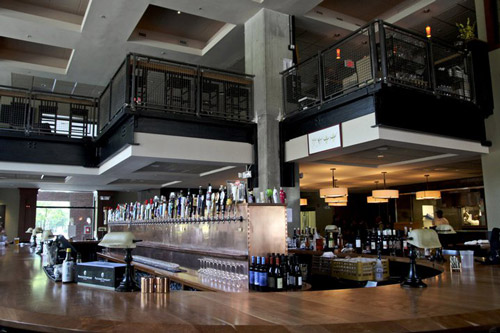 Q: What are the top restaurant newcomers of 2011?

Penny and Ed Cherubino, BostonZest: We've really enjoyed Sweet Cheeks. Looks like they’ll make it into our regular rotation anytime the sports crowd is away. For our taste, many of the places that opened this year are unpleasant spaces – too loud to enjoy a quiet conversation. We rejected a couple by walking in the door and out again.

Devra First, restaurant critic, food reporter, The Boston Globe: 80 Thoreau, Catalyst, and Trade. Can I grandfather in Bondir, which opened at the tail end of 2010?

Rachel Leah Blumenthal, Boston Food Bloggers, restaurant reviewer, CBS Boston: I have high hopes for Sweet Cheeks; I was happy with my first meal there and look forward to seeing it develop. On the new BBQ front, I'm also into Blackstrap BBQ in Winthrop. My new obsession (not really a restaurant) is my neighborhood cafe, 3 Little Figs. I'm addicted. Everything they bake is fantastic, and the service is extraordinarily friendly. I'm also extremely excited about Wegmans (again, not a restaurant, but you can definitely eat a meal there). I spent five years in Rochester, NY, where Wegmans is a way of life, so I'm thrilled that it's finally here.