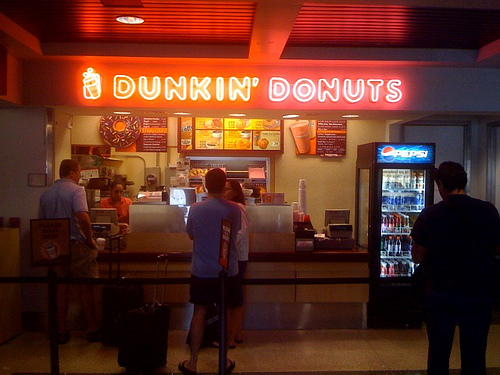 A proposed Dunkin' Donuts is getting the cold shoulder despite Bostonians' general affection for "Dunkies." The new location, which would be on the corner of Tremont and West Brookline St. in the South End, has met with resistance from neighborhood group Voices for Fair Commercial Development in the South End. Boston Restaurant Talk reports that the group is concerned that the establishment would "significantly impact the character of the South End and the vitality of its existing businesses." They also feel that another food establishment is not what the community needs, citing the high number of eateries in the neighborhood and alluding to issues with trash and parking.